Climate Change Levy and CHPs: An Interview with Andrew Gardner 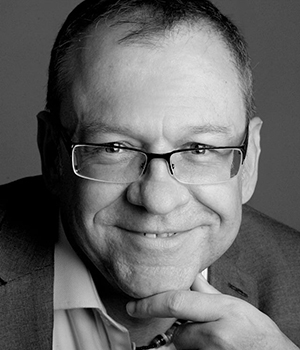 We interviewed Andrew Gardner on how Climate Change Taxation and CHP have developed over time.

Q) What is Climate Change Taxation?

Climate Change Taxation was introduced in 2001 under the Finance Act 2000 for non-domestic organisations. It was initially offset by a reduction in National Insurance contributions for businesses and was launched to encourage them to operate in a more environmentally friendly way.

Q) What is your involvement?

At the initial stages, I was part of a government consultation tasked to review Climate Change Taxation and its introduction into the UK, centred around discussions on what exemptions and exclusions should apply.

Further to this I worked on the exemptions for CHPs under the CHPQA programme for which I also contributed to a paper covering the ‘feasibility of micro CHPs’.

Q) How, in your experience, has Climate Change Taxation developed since 2001?

The launch of Climate Change Taxation for businesses was in 2001; it appeared on their electricity and gas bills as CCL (Climate Change Levy). Those operating CHP units could (and still can) obtain a gas exemption on CCL by registering with the CHPQA programme, however a requirement was mandated by HMRC that annual reconciliation should be carried out. This entails determining the CCL paid in the previous year and retrospectively applying an actual exemption based upon an issued CHPQA certificate.

Q) How does CCL work and what are the exemptions?

To put it simply, if a business reduces its energy consumption then it will pay less CCL tax. Businesses with climate change agreements or those operating CHP units are mostly exempt. Specifically, those producing energy from renewables such as biogas are exempt from CCL altogether. Generated electricity from good quality CHP is also exempt and this can lead to other incentives such as Feed in Tariffs(FIT) and Renewable Heat Incentive (RHI).

Q) What is the CHPQA Programme?

The CHP Quality Assurance programme (CHPQA) is a government initiative that aims to provide a method for assessing all types and sizes of Combined Heat & Power (CHP) schemes throughout the UK. Participation within the scheme is voluntary, however, successful CHPQA certification grants eligibility to a range of benefits, including; Renewable Obligation Certificates, Renewable Heat Incentive, Enhanced Capital Allowances and preferential Business Rates.

Q) How has the progression of the CHPQA programme been?

The CHPQA Programme was introduced at the same time as CCL in 2001 and, like most government programmes, has developed tighter rules to ensure the programme works to its best abilities.

Since 2005, CCL has increased based on average RPI and is now currently standing at £0.00193 per kWh for gas and £0.00554 for electricity. This equates to about 20% of the average organisational energy cost – a very significant figure when looking at a balance sheet.

Q) Have CHPs as a product improved since development?

CHPs have become more electrically efficient with average efficiency today at around 35%, whereas in 2001 it was around 30%. With more operation time between services and better oil choices, purchases of small scale CHP units have increased. It is estimated that operating a CHP unit is equivalent to taking 150 cars off the road a year, not only this, it is also a recognised low to zero carbon technology by the government which is why you get all the incentives and tax breaks for it.

Q) In line with CHP growth, how has the Heat Meter Verification (HMV) side of the service gone?

Heat Meter Verification has, in some areas, started to become difficult due to old units. However, many sites have now installed new or replaced their existing CHP units which results in improved heat measurement and simpler verification.

Q) What is the benefit of a heat meter on a CHP?

Having a heat meter installed allows you, with suitable verification, to accurately record the useful heat supplied by the CHP, giving you a better indication of how the unit is performing. All new CHP units should come fitted with heat meters as standard. If you don’t meter it, you can’t measure it, which means you won’t know whether your CHP unit is performing correctly.

Q) How did you end up writing a paper on the feasibility of micro CHPs and what is your view of them?

I was part of a government think tank looking into micro CHPs and their benefits, however once we crunched the numbers, we believed it was not really financially viable and still may not be to this day but some people have them.

The idea of replacing a household boiler with a micro CHP unit has never really taken off, mainly because of servicing. The average household normally only services their boiler about every 5 years or when something goes wrong. However with a micro CHP, you would need to service it at least annually. With an approximate service cost of between £600 – £800 it just didn’t seem feasible.

Q) how do you see each of these developing in their respective markets in the future?

Both climate change taxation and CHP will be around for the foreseeable future as it brings in significant revenues to the Treasury and with that the viability of CHP increases as well. Unless CCL is abandoned altogether (don’t hold your breath on that) then I see CHP units playing a large role in the energy mix of this country in the years to come.

Q) what advice or guidance would you have for anyone undertaking CCL Reconciliation or participating in CHPQA Programme?

My recommendation would be to seek advice. The CHPQA has a very good webpage as does HMRC but they do take some understanding.

2EA® provide three CCL/CHPQA management packages to help you manage your CCL exemption as well as helping to obtain and maintain a valid CHPQA certificate. Quotations for individual packages are available upon request.

If you require any further information about CCL, CHPQA or any of the other services 2EA® provide, please feel free to get in touch.