Home > News > Polar bears are not endangered, these are…

Polar bears are not endangered, these are… 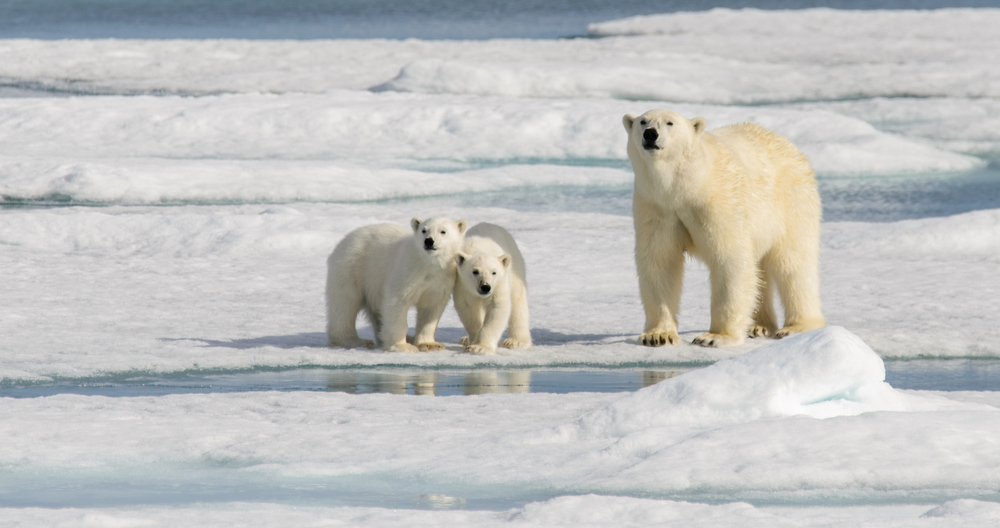 With their cute eyes, fluffy white looking fur, big paws and sometimes clumsy cubs, polar bears have been the face of climate change for years. They have been used in images around the world – one polar bear in particular shot to fame when a photographer captured it looking extremely thin and gaunt for National Geographic. This image exploded with the headline ‘this is what climate change looks like’ but like most news in today’s society, this caption turned out to be misleading. There was no proof that climate change had caused this single polar bear to become so skinny; it was even highlighted by the National Geographical team that it entered the water and swam away with no difficulty.

But even today, sad-looking polar bears with captions such as ‘I am becoming extinct’ and ‘please help me, I’m nearly extinct’ still get shared. The fact is, they are not extinct or even endangered. According to the WWF, Polar Bears are considered “vulnerable” and the population stands at around 21,000 – 31,000 still roaming the northern hemisphere. Below, we take a look at species that could only dream of having such high numbers.

According to the IUCN Red List Index (RLI) of species survival for mammals, birds, amphibians, reef-forming corals and cycads, coral species are moving towards increased extinction risk most rapidly, while amphibians are, on average, the most threatened group.

The scale used to judge whether a species is threatened from climate change, poaching and other factors is fairly simple:

The WWF uses the endangered species standards of the International Union for the Conservation of Nature and Natural Resources (IUCN). On the WWF species list, twenty-nine are endangered (EN) and eighteen are critically endangered (CR).

So, how many have you heard of?

All animals are important to the eco-systems that they live in, but it is time we moved beyond the polar bear and just climate change.

These animals and many more around the world are not just affected by climate change but by other factors too: energy production and mining; tourism and recreation areas; oil and gas drilling; biological resource use; shipping lanes; hunting and trapping; human intrusions and disturbance; invasive and other problematic species; genes and diseases… the list goes on!