Climate Change vs. the Middle East

July 2016 was the hottest month recorded in the Middle East, so hot that civilians were blistering their fingers on door knobs. If temperatures continue to rise, up to half of its region may become unlivable by the end of this century, forcing millions of residents to migrate. These temperatures have burst global temperature records and NASA themselves have calculated that July 2016 was 1.5℉ warmer than the global averages from the 1950s to the 1980s.

Cities within the Middle East such as Basra and Mitribah experienced temperatures of up to 120 ℉ on July 22nd, 2016. It is now almost unbelievable to think that before the 1970s Basra’s climate was just like that of Southern Europe. 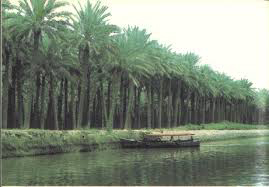 In the 1970s Barsa, an Iraqi city, is said to have been a beautiful place full of scenic canals, 10m palm trees (whose fruits were said to be the world’s finest) and its Shatt al-Arab river irrigated an ample amount of marshlands. However, due to the negative impacts of war, oil exploration – forcing farmers off their land – and salty water escaping the sea, Basra is now almost the opposite. The majority of orchards and wetlands are now deserts and Iraq now experiences an average of one dust or sandstorm every three days.

The Effects of Climate Change

As opposed to other areas of the world where climate change has led to warmer winters, in the Middle East it has strengthened the summers to extremes. The region now has less coping mechanisms than before and the growth in population has led to a reduction in water supply. This has left two thirds of the countries in the Fertile Crescent and the Arabian Peninsula without what the UN classifies as “enough” and it is predicted that the capital of Yemen, Sana’a, will run out of water by 2019. Along with this, the Dead Sea is shrinking by a minimum of one meter each year.

The UN have also predicted that the number of Sandstorms Iraq experiences will increase from 120 to 300 each year. The UN’s Environmental Programme has estimated the harsh climate takes around 230,000 lives each year throughout West Asia, making it a greater killer than war.

Many of the cities in the Middle East also experience power cuts lasting up to sixteen hours each day, making it impossible for air conditioning to work during that time.

The Man Made Problems

Although climate Change is the main issue, the Middle East are also experiencing a large number of man made issues. For example, over irrigation has absorbed the lakes and they are now referred to as ‘dust bowls’. Although oil has made the Gulf outstandingly wealthy, it has had a serious negative effect on the environment.

Urbanisation and war have combined to chase away civilians from the land. The sandstorms and desertification have lifted radioactive war detritus into the air and the war has prevented people from taking counter measures against climate change, such as planting crops and growing trees.