Opening the door to lifts – an Interview With Dave Cooper 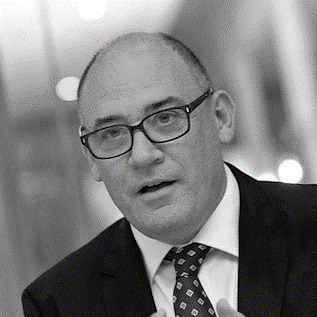 Dave is currently Managing Director of LECS UK Ltd. He has been in the lift industry for 39 years. Dave has been involved in thousands of lift installations and presented at hundreds of conferences and lectures globally. His expertise has led him to be a key expert witness in thousands of international legal cases.

Dave is a Fellow at the Chartered Institution of Building Service Engineers and also the Institute of Engineering & Technology. He has won an array of awards and honours in 2007, 2010, 2012, 2013 and 2016, including being awarded The Silver Medal by CIBSE for his services to the Institution.

He is an Honorary Fellow at the University of Northampton and has co-authored several engineering books and contributed to over 60 industry publications. Dave has a BSc(Hons) in Engineering & Change Management as well as a MSc in lift engineering and a pure research MPhil for an investigation into accidents involving escalators.

Following on from our interview with Chris Marsland, we talk to Dave about the topic of lifts; how they play a key role in buildings and what they do, as well as busting some of those myths.

Q) Being in the lift industry for over 30 years, what made you go into the industry? How has it changed?

Like most lift engineers, I didn’t set out to be one! As a school leaver, I wanted to join the railway as an engineer and after my first year off the job training through the Engineering Industries Training Board (EITB) my training officer decided I would be a good lift engineer, and who was I to argue!

The industry has changed massively in my 39 years. Most lifts were bespoke and now they are mostly package lifts, all lifts had motor rooms and now most don’t, most lifts you could see what was happening with the contactors and now you see a flashing LED at best.

Technology has marched forward at a huge pace and we now even have lifts installed by a lone engineer rather than a pair. The other thing that has really changed is that these days we care about energy efficiency whereas in the old days it was just about getting people up and down in a building.

Q) What has been your biggest challenge in the industry to date?

All projects are challenging in some form or another, but my biggest challenge was being the Chief Engineer for the Government for the building of the Emirates Cable Car over the River Thames. It was challenging as there was no option for being delayed as the 2012 Olympics loomed and planning permission was only granted 13 months before handover.

Q) What has been the biggest challenge for the industry?

Easy! Lack of a skilled workforce. Companies are training and bringing apprentices through, but it simply isn’t enough for what the industry needs. I also Chair the CIBSE careers panel and I know that this isn’t a problem limited to the lift industry.

Q) When it comes to designing & installing lifts, what requirements need to be considered? How complicated is it?

There is an inexact science behind the number of lifts, size of the lifts and speed of the lifts when designing. We also have to consider the impact on building traffic if one or more of the lifts is out of service. There are two ways of deciding the best option for a building i.e. calculation and simulation. It’s not that complicated but you have to know what you are doing when it comes to all the variables that go into the algorithms such as door times, jerk rates, loading times, absenteeism, stair factor, visitors, location of conflicting floors and so on.

Q) With this in mind, how can you tell if a lift is designed badly?

Waiting times are high! I have seen queues out of a building before now because a building is under lifted. It’s so difficult to put it right after the event.

Q) Are there any standards or publications you would recommend for people looking to learn more about lifts and improve on quality?

Without a doubt CIBSE Guide D is the best one stop shop for all things lifts and escalators. If it’s not described in detail in this guide, then it tells you where to go to find out more. Superb book and I am really lucky to have been an author in the last 5 editions of it (it published every 5 years – does that make me lucky or old?)

Q) You’ve been an expert witness in cases where lifts have become a danger to the public, what are some of the more shocking stories you’ve heard?

Obviously, I can’t go into specific details about cases, but fatalities are always very sad. There are very few fatalities involving the public as most are when engineers get into trouble working on lifts. The most shocking one I ever worked on (and there have been thousands of cases) was when a lady was caught on CCTV pushing a child’s hand into the gap between escalator steps in order to make a claim.

Q) Where do you see the technology of lifts going? Do you think we will ever be taking a lift horizontally or in any other direction for that matter?

Already happening horizontally and on the inclined plain. The first inclined lift was installed in the UK in 1875 and the first spiral escalator in 1908. The future is two lift cars in the same shaft and linear motors with no ropes and then travel distances won’t be limited.

Q) Its one we always like to ask… Will or has Brexit affected the lift industry?

One of the big issues coming up is the effect that Brexit has on logistics and getting lifts into the country (as there is very little manufacturing here at home) but that isn’t the big challenge because when they arrive, we need someone to fit them.

Q) Some questions we’d like to clarify for our readers. Does the >< (close) button really close the doors faster? Is it true that if a lift is falling, you should jump? What happened to lift music, why do some lifts play it?

The door close button will reduce the door open dwell time but it won’t close the doors faster in terms of their closing speed as we are limited as to the energy we are allowed to use.

How would you know when to jump? And didn’t Newton point out that when you are in the lift you are travelling at the same speed as it? Try standing in the aisle on a train and jump…does the carriage move beneath your feet whilst you are in the air?

The good thing that happened to lift music was that it fell out of fashion. Long may that continue!

Use a qualified consultant that specialises in lifts and take their advice on what equipment to use. If you install a cheap budget package lift in the wrong environment it will be cheap at the outset but it will become unreliable very quickly and you will need to put a new one in every few years as opposed to buying a good quality one at the outset that will provide longevity. It’s not just the cost it’s the disruption to the building that comes with it.