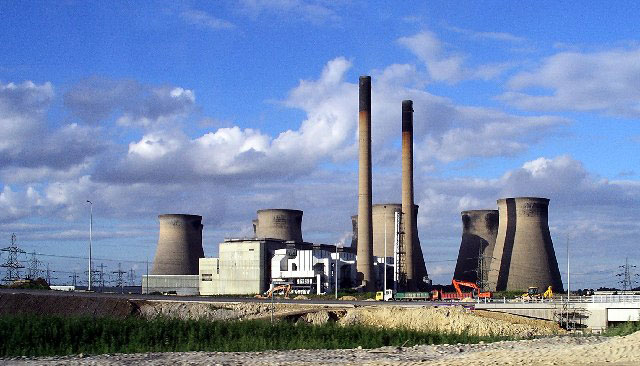 Back in 2014, Drax was awarded a renewable energy contract allowing it to transform the third unit of its coal power station into biomass. In order to do this, Drax has ceased burning coal and replaced it with wood pellets.

Drax has managed to secure a contract within the wood market, which is going to supply the plant with 2.4m tonnes of wood pellets each year. This is extremely important for Drax as ministers have announced that they aim to close all coal power stations by 2025 to meet climate change regulations.[2]

So far the transition has been successful and 70% of the electricity generated at Drax power station is now produced through compressed wood pellets rather than coal due to this Biomass Subsidy.[3]

After successfully transforming half of its coal-fired power station into sustainable biomass in order to become the UK’s largest single-site renewable generator, Drax is also undergoing the development of four rapid response gas power stations. Drax announced that it would be exploring options to repower a variety of its coal units to gas and develop battery storage to help support the UK’s ever-changing energy needs.

Along with the work being carried out in the Drax power station, Drax retail businesses have also been working towards energy efficiency. Their Opus Energy and Haven Power businesses have been working with customers to help them identify and manage their own energy use to lower their bills and the negative impacts they are having on the environment.

Working With the University of Sheffield

As well as this, Drax power station has now announced that it is in partnership with Sheffield University to carry out research that could potentially revolutionise the UK’s energy future. To do this, Drax is sponsoring three PhD projects in the university that focus on topics such as:

This research will also be used for doctoral training in energy storage and its applications, aiming to increase the company’s understanding of developing technologies in order to allow Drax to support the UK’s energy system in the future.