Home > News > The Effects of Mining the Deep Ocean

The Effects of Mining the Deep Ocean

Deep-sea mining has the potential to create the largest footprint of any single human activity on the planet. An area closer than, yet less well mapped than Mars, the Earth’s seafloor is rich with creatures and eco-systems. However, it is also rich with minerals. As the demand for such grows larger, and terrestrial sources become harder to mine, the materials that reside deep in the ocean are becoming more and more attractive to countries and companies. 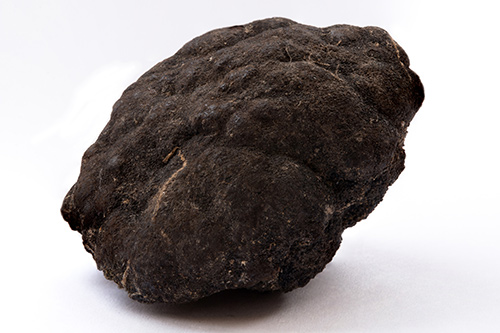 Over one million square miles of abyssal plain is covered with polymetallic nodules – lumpy, black, rock-like mineral deposits. These nodules range in size  – from marble to football – and are rich in manganese, iron, copper, nickel, cobalt and rare-earth elements and can take millions of years to grow a couple of millimetres.

Mining has already begun in parts of Papua New Guinea and Japan who have taken advantage of remotely operated vehicles, robotics and communications technology to pioneer excavations.

The idea of mining nodules contributed to the need for the U.N. Convention on the Law of the Sea (UNCLOS) in 1982. It also led to the establishment of the International Seabed Authority (ISA) which oversees exploration claims in international waters.

A huge proportion of claims in international waters, in fact over half, are in the Clarion-Clipper Zone (CCZ). The CCZ is 75 percent as large as the United States and stretches 3,000 miles across the Equatorial Eastern Pacific between Hawaii and Mexico. The ISA recognises 29 claims in total. However, mining has not yet begun and all activity in the CCZ is in the experimental or exploratory stage.

A danger to biodiversity

At first glance, the bottom of the CCZ’s abyssal plain does not look particularly interesting. It is a vast expanse of mud and, although it is littered with nodules, there doesn’t appear to be much life. However, whatever life there is down there, is extremely diverse. Researchers believe that there is a greater variety of species down there than there is in the deep seas off the coasts of California and Hawaii.

According to reports, creatures at the bottom of the CCZ stretch the imagination: there is the bizarre, gelatinous, yellow “gummy squirrel” (above), a 50cm-long sea cucumber with a tall, wide tail that may operate like a sail; there are galloping sea urchins that can travel across the sea floor on long spines, at speeds of several centimetres a second; there are giant red shrimps, measuring up to 40 cm long; and there are “Dumbo” octopuses (below), which have earlike fins above their eyes, giving them an eerie resemblance to the well-known cartoon elephant. Scientists believe that as many as half the animals living on top of nodules are related to the mineralogy and mining those nodules removes habitat for species before they have even been described. These creatures offer potential for pharmaceuticals and can provide new insights to how life begins. There is also evidence that whales may be foraging on the CCZ floor, using it as a giant loofah to scrape parasites off their skin or even ingesting nodules as ballast. If this is true, it would significantly extend the depth to which whales are known to dive.

Deep-sea mining will undoubtedly impact very large areas of the seafloor. Apart from destroying habitats that we are yet to completely understand, we are unaware of the other long-term impacts it could have on the environment. Carbon Sequestration and the modulation of ocean acidity occur in the CCZ. Covering large areas of the sea floor with sediment may affect the oceans ability to buffer against climate change.

It is vital that we establish protected areas and integrate them into deep-sea mining management. The seafloor represents the largest ecosystem on the planet and we don’t know enough about it to assess the environmental impact of deep-sea mining.