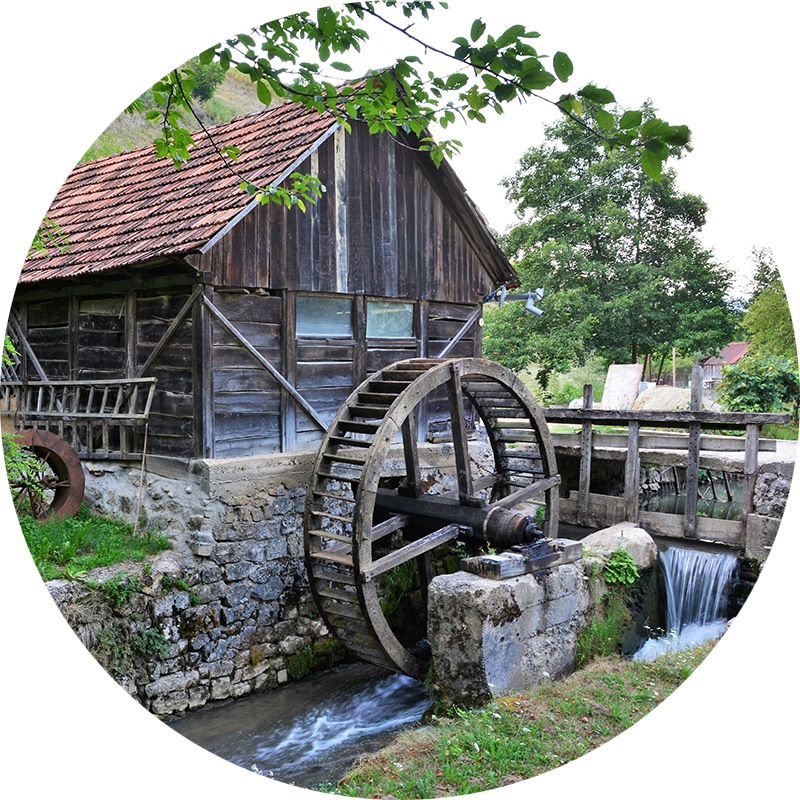 Humankind has been using water to support our everyday lives for thousands of years. One of the most common and historic methods for using water to support our everyday lives is by using it to power watermills. Watermills were originally designed by the Greeks and have evolved as technology and knowledge has advanced through the ages. The concept of watermills, which are usually found alongside flowing rivers, is to run water through a water wheel that drives machinery for milling or hammering. However, watermills have since evolved; dams are the modern day watermills and are commonly used to generate electricity, known as hydropower.

According to the International Hydropower Association, the global total installed capacity of hydropower reached 1,308GW in 2019 across 50 countries and hit a new record of 4,306TWh.

Dams – how do they work?

Hydropower plants are used for more than producing electricity. Among their many uses they provide clean water and mitigate against extreme weather. However, from an electricity supply perspective, dams come in several forms:

Turbine: A turbine is a rotary mechanical device that turns as fluid flows through it. Turbines are connected to a generator which turns the kinetic energy into electricity. This then passes through a transformer and is either stored or sent to the national grid.

Tidal energy is a renewable energy that uses the power of the waves or ocean to generate electricity. Like dams, Offshore hydropower generation comes in many forms; tidal barrages, tidal fences and tidal turbines, all with their own unique design. However, the underpinning technology is that waves or tidal streams, where water is flowing fastest, passes through a turbine to generate electricity.

The use of these technologies and the tidal energy market is still in its infancy. Though projects and test units exist, there has been less investment into this technology than that of other renewables. This is because of four key areas of concern:

Cost
Most offshore projects are quite far out to sea which means the cost of installation, maintenance and connection to the grid on land are high. These projects also require ships, divers, underwater transmission cables and connectors.
Reliability
Offshore projects are located in aggressive and unforgiving terrain with waves reaching over 20ft high. Because of this, the equipment installed has a low reliability level and parts need regular replacement.
Insurance
With the high cost and low reliability of projects the cost of insurance is also too high and insurers refuse to provide cover.
Environment
Environmentalists have expressed their concern with the issue of securing these projects to the seabed, which has the potential to upset and disturb marine life.

Studies have found that, though wave power is higher at offshore locations, the level of power that can be harnessed from nearshore is roughly the same. A further study from the Indian Institute of Technology further supports this claim. 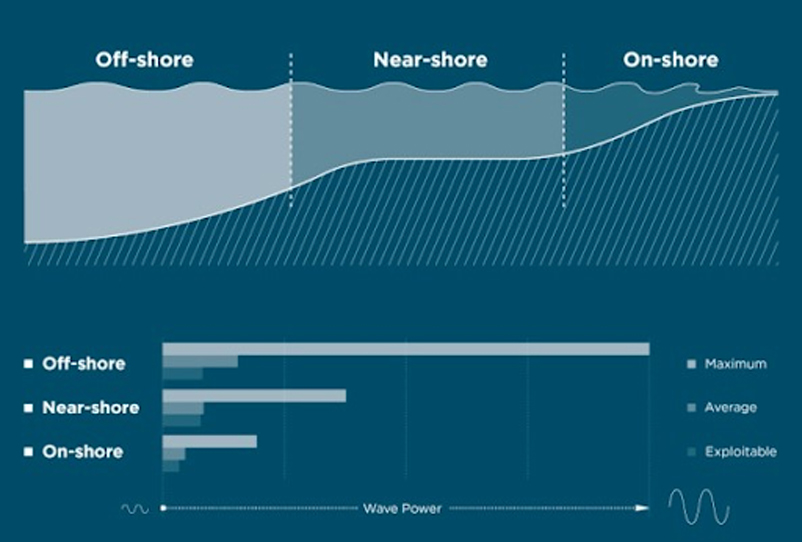 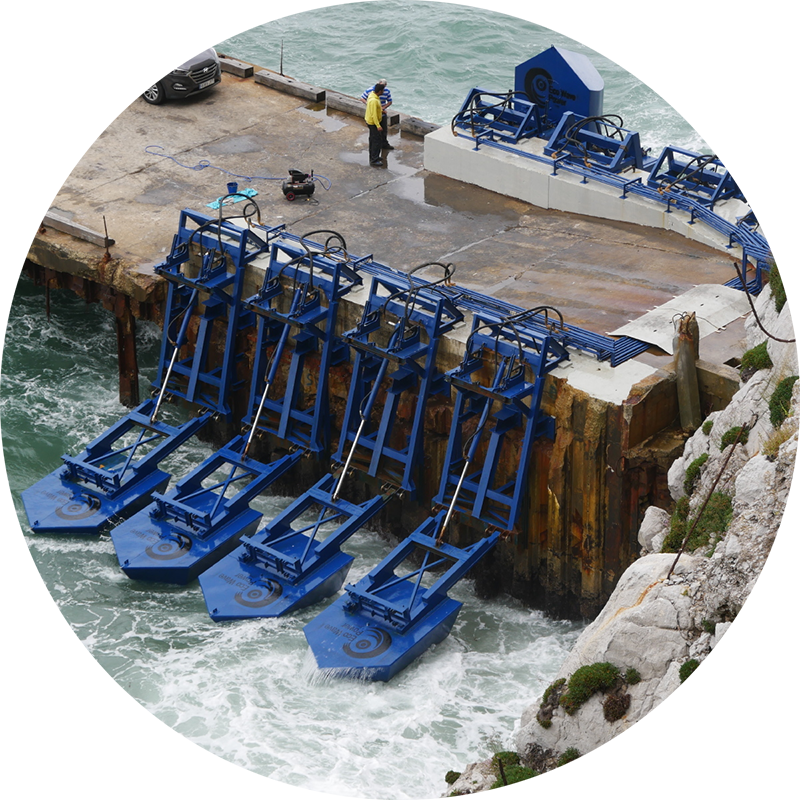 Companies are now identifying opportunities to place projects in nearshore locations to compete with other renewables. Eco Power Wave started its new installation at Jaffa Port in Israel last year (2020). The installation has floaters that rise and fall with the waves, this in turn drives a piston which creates hydraulic pressure and rotates a hydraulic motor, which generates electricity. The first of these installations can be found in Gibraltar.

Catching up with Wind and Solar

As the technology progresses, these four issues will slowly be overcome. Harnessing energy from waves will hopefully become as normal as harvesting energy from the wind or the sun.