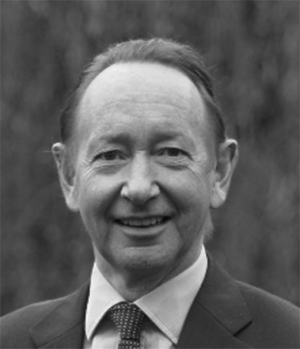 John Field is Director of Native-Hue Ltd, an energy management consultancy, and a past president of CIBSE. John studied physics at Cambridge University completing a BA Honours and MA.

In 1981 John was involved, through design to commission, in a cutting edge project called the Ideal Home Solar House. He has been at the heart of UK energy management for 30 years and first started out in the nuclear power industry.

John has worked with clients in the EU Emissions Trading Scheme (ETS) for five years and is now helping with the transition to the new UK ETS.

The UK has been acting quickly to deal with an early Brexit “casualty” – the UK’s participation in the EU Emissions Trading Scheme (EU ETS) – by setting up the UK Emissions Trading Scheme (UK ETS). We look at operational aspects of the changes in post-transition periods. We also look at a newly created class of EU ETS participants who are low emitters and who will have reduced obligations – installations with mainly standby plant will be likely to benefit from this change.

The ground-breaking EU ETS scheme has been justifiably touted as a key element of European environmental policy, requiring installations responsible for 40% of EU greenhouse gas emissions to be permitted and then to measure, verify and report their annual emissions. If they exceed their nationally set emissions cap they have to buy traded emissions allowances to make up the difference. The scheme – in 2005 the world’s first and currently the largest emissions trading scheme – targeted large electricity generators and energy intensive industrial sites but many smaller operations have been caught in the net including data centres with sizeable standby generators.

As an example of the effect of the EU ETS scheme, it establishes a carbon emissions market and hence a carbon price in a fairly natural way. Many environmentalists and economists consider a carbon price as all-but-essential to support global emissions reduction initiatives. The EU has some power to moderate the EU ETS carbon price upwards or downwards by changing the number of free allowances (tonnes of CO2 equivalent) annually allocated to member states who apportion them to individual installations – these allocations tend to form the target emissions for installations.

The UK Emissions Trading Scheme (UK ETS), has been rapidly developed and made into law to continue the operation and national benefits of the EU ETS. The UK could not participate in the EU scheme after the most recent emissions reporting year which was to 31st December 2020. So just in time the UK ETS was established in law in November 2020 by The Greenhouse Gas Emissions Trading Scheme Order 2020. Some key operational aspects are now considered.

Completion of reporting and any allowances trading for the UK’s last EU ETS reporting year January to December 2020 should by law have been completed by the end of April as for previous years, using for the last time the UK technical registry ETSWAP and the EU-UK allowances registry.

For the current emissions reporting year January to December 2021 we now have the UK ETS in place which broadly replicates the EUETS in operational terms. The UK on-line systems for technical emissions registration and allowances registration are being developed.

For one section of participants in the EU ETS things change significantly: a new category of so-called Ultra-small Emitters with emissions below a threshold 2,500 tCO2e has been created which has a reduced compliance burden as detailed in Schedule 8 of the new 2020 law shown above. Ultra-small Emitters are “Article 27a” sites in a list downloadable from its official source www.sepa.org.uk/media/504726/uk-article-27-27a-installation-list.pdf . The first surprise is that Ultra-small Emitters are not in the UK ETS scheme at all, as they are defined as those “excluded from the EU ETS under Article 27a of the Directive” by being in the list just above.

Ultra-small Emitters have obligations but they do not require a Greenhouse Gas Emissions Permit and their Permits were indeed revoked on January 1st 2021. Despite that, under the order’s Schedule 8 their emissions must still be monitored in accordance with their “appropriate monitoring plan” which may be the existing 2020 plan and so still highly procedural. The emissions monitoring must be self-verified but need not have the independent verification mandated up to 2020. Emissions are not reported annually unless they rise above the Ultra-small Emitter threshold (2,500 tCO2 per site).

An ongoing aspect of the new arrangements is the trading mechanism and the carbon price itself. The price might in principle float with a UK carbon market or it could, if agreed with the EU, be firmly aligned by trading with the EU ETS. Alternatively the price might be set periodically by the UK government at a level which maintains reasonable alignment with the EU price – this would render the scheme more like a tax than a genuine trading scheme.

So at present it looks like business as usual for participants, with a procedural benefit for some smaller emitters. However, medium and longer term developments are less certain.