2EA recently paid a visit to Brighton to see the latest updates on the Rampion offshore wind farm.

The Rampion project is an offshore wind farm consisting of 116 turbines, occupying 72km2 approximately 8-16 (13-25km) miles off the Brighton coast in Sussex. 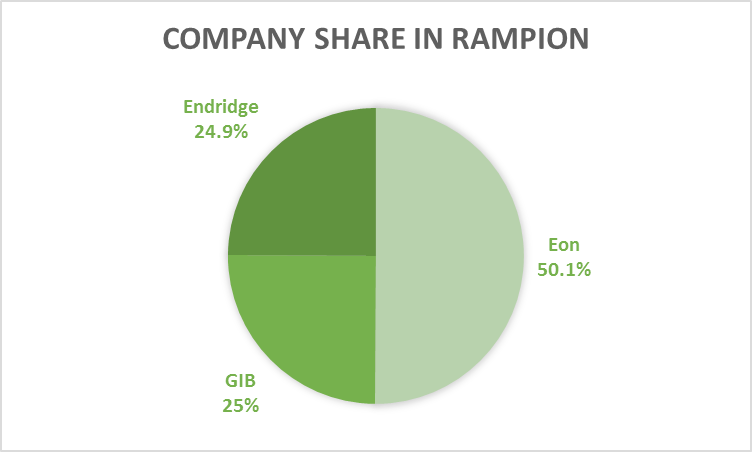 This project is brought to the UK by the French utility E.ON, UK Green Investment Bank PLC and Enbridge, a Canadian energy company. The cost of the project is around £1.3 billion GDP. For offshore wind farms, paybacks always vary, however, onshore payback is usually around 8-9 years.

What is Wind Power?

A wind turbine, technically known as an Aerofoil Powered Generator, is a device that converts kinetic energy from the wind into electrical power. Generators are used to convert mechanical power, created by the blades of the turbine turning in the wind, into electricity.

Turbines are the result of over a millennium of windmill development and modern engineering. This makes wind energy an extremely useful source. 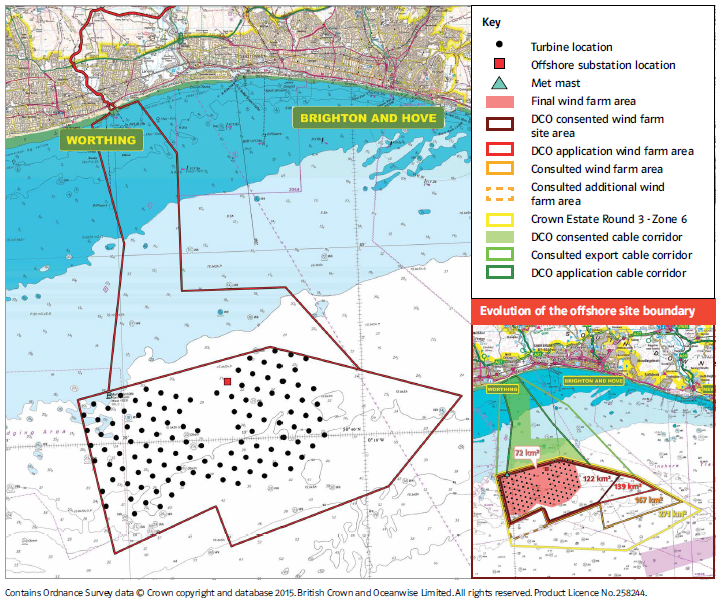 The electrical output target for the site is around 400MW, enough to supply electricity to around 347,000 homes per year and offset 600,000 tonnes of CO2. The foundations were completed on schedule. The yellow transition pieces have also been fitted and sit approximately 20 meters above the sea level. These foundations produce artificial reefs over time attracting more sea life to the area.

In March, the first turbines were installed on the farm. Each one takes around 24 hours to install and their completion is scheduled for set times, weather permitting, so they do not to cause noise disruption to nearby Brighton.

The turbines are designed to last 20-25 years. The lease of the site is 50 years and it is up to the three firms to invest in new turbines when the time comes.

Completion is set for 2018 with some of the turbines expected to be running before the end of this year.