While lockdown may have caused many of us to grind to a halt, the world has continued to turn. More wildfires have burned through California than in 2019 and this year’s Arctic fires released the same amount of carbon as Belgium does in a year. Despite human activity slowing down, the climate has carried on regardless.

Over the last several years, the importance of limiting our effects on the climate and the clear impact we continue to have on the environment have been moved into the spotlight of everyday life.

Amongst the media coverage of the climate emergency and important events, including the Paris Agreement, electric cars and banning of plastics, more and more stories report that organisations have started ‘carbon offsetting’.

What does carbon footprint mean?

It is good to understand that every individual and business releases carbon into the atmosphere, whether directly or indirectly. This is known as your carbon footprint. The term represents the total amount of greenhouse gas (GHG) or carbon produced by a person within a given time period. This can be measured by day, month or annually. Even if you are far removed from the process, you may still be indirectly contributing to the amount of carbon that is released into the atmosphere.

Some clear examples can include cooking dinner, taking a plane abroad or driving a car. Some less clear examples are the water bottle you purchased and used once or buying the latest phone even if yours is working perfectly.

Using the term ‘offset’ in relation to carbon emissions has been around since the 1970s and was used in the U.S Clean Air Act[1]. Carbon offsetting is the action of funding measures that offset the carbon put into the atmosphere by an organisation’s operational activities. Carbon offsetting can come in many forms.

One form, which has been around since 2005, is the European Union Emission Trading Scheme (EU ETS), where companies can buy allowances (carbon credits) for a fee. One allowance gives the holder the right to emit 1 tonne of CO2 (or its equivalent). Companies then have to report on their emissions. Should they need to purchase more allowances, they can do so through a secondary market.

In recent years carbon offsetting has been adopted by organisations of all sizes around the world and integrated into their Corporate Social Responsibility (CSR) programmes, green credentials and marketing campaigns. Their message, usually on a forest backdrop, is clear; we are planting trees to offset our carbon. The process of such measures is usually that the company funds third party organisations to plant trees at locations of their discretion.

To think about it simply, in one hand you are continuing to emit the same amount of carbon emissions and in the other you are funding ways to offset or negate this and often without clear strategies in place for carbon reductions internally. The issue here is that carbon offsetting can be an easy excuse for organisations to carry on as normal.

In short, not on its own, no. It should form part of an organisation’s larger strategy in reducing emissions and energy consumption throughout their operations.

Before any company reaches the carbon offsetting stage they should have already identified ways to reduce their greenhouse gas (GHG) emissions and energy consumption, implemented them and promoted what efforts they have made within their CSR, green credentials and marketing campaigns, as they would do with offsetting.

Standards such as ISO14001 and ISO50001 support these measures and come with certification to prove that you have taken action. Running alongside these are regulations such as the Energy Saving Opportunity Scheme (ESOS), which derives from Article 8 of the EU Energy Efficiency Directive (2012/27/EU), and the UK government’s Streamlined Energy & Carbon Reporting (SECR), which are there to help businesses understand how they can save energy and money and provide stakeholders and shareholders with relevant information.

There is little point in trying to offset carbon when you could just as easily reduce your consumption – which will have a much more positive effect and is likely to save you money. Energy saving opportunities can always be found and there are schemes and experts to help you find them. Once carbon and energy consumption has been reduced as much as possible within a business’s operations, something that should be reviewed annually, then is the time to look into carbon offsetting projects that include planting trees.

How Many Trees are Needed?

For any offset project to be effective, it needs to reduce more GHG emissions than the organisation is emitting. The project also needs to take into account the permanence of its investment – planting 500 acres of forest for it to then be removed 10-15 years later negates the whole project.

And that is where the need to understand the lifecycle of trees comes.

A tree usually becomes a sapling when it reaches around 3ft in height and reaches maturity when it produces flowers or fruits. The length and productivity of these stages vary depending on the species of tree. Trees can reach their peak carbon storage stage at around 10-20 years, again species dependent. Young trees can absorb around 5.8kg of CO2 annually. At the 10 year point, the average tree can absorb around 21.7kg of CO2.

To put that into perspective, a flight from Heathrow to JFK produces around 1.6 tonnes of CO2e. To offset this, over 290 trees would need to be planted. Remembering that any project needs to offset more than it produces, if all of those trees reached maturity, then they would absorb over 6.2 tonnes of CO2 per year at their peak.

A good example of a company reducing its GHG emissions before offsetting is United, an American airline, who started printing its inflight magazine on lighter paper. Since implementing this change, the reduction in weight has saved the company 643,000 liters of fuel.

There are conservation projects in which the aim is to conserve existing forests and some organisations’ carbon offsetting money goes to protecting them. But a large majority of projects focus on planting young trees and the company’s investment will not be fully returned until around ten to twenty years later.

The planting process of these trees is also not easy. You can not just dig up the ground and plant trees. Trees need space to grow and the type of tree dictates how many you can plant – you could have up to 200 or 400 per acre. 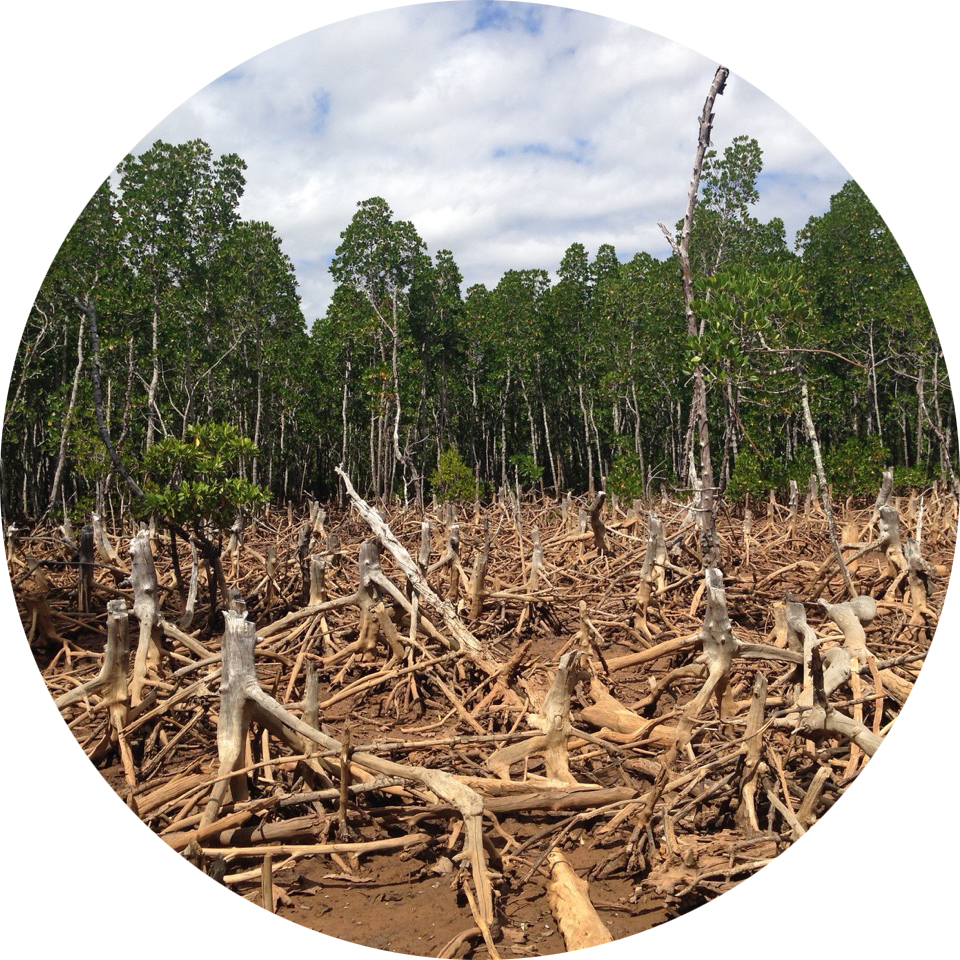 Companies often fail to factor in deforestation. According to the UN Food & Agriculture Organisation, around 7.3 million hectares (18 million acres) of forest are lost every year. The Amazon rainforest alone is believed to be vanishing at a rate of 20,000 square miles (12,8000,000 acres) per year. Though trees are being planted, many more around the world are being cut down.

It’s Not All Bad

The carbon offsetting industry has become big business and is projected to be worth around $500bn by 2050. If there are no alternative solutions then it can be useful but it needs to deliver measurable and realistic results. It is not a ‘get out of jail free card’, nor is it to be used as a smoke screen for companies to continue to ignore their emissions outputs. However, carbon offsetting, if done correctly, can and should play an important role in a company’s strategy.

Organisations should continue with their tree planting projects, clearly they are needed. But identifying and reducing GHG emissions and energy costs internally should be the first stage in any strategy. Externally, if organisations really want to make a change, and they should, they must also invest in renewable energy projects, fund climate change education at all levels and publicly work with third party organisations whose sole goal is to prevent deforestation, alongside planting trees.