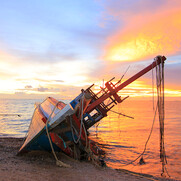 Over 500 North Korean fishing boats have been found washed up on the shores of Japan, often containing dead fisherman, over the last 5 years. These washed up vessels have been labelled “Ghost Boats”. The dead bodies aboard these ships were often decomposed beyond recognition, but it was expected that they died of starvation, hypothermia or dehydration. North Korean fishing vessels are relatively small. With a distance of 600 miles (965km) between North Korea and Japan, it raises the question of why these fishermen would risk travelling so far from their own shores. 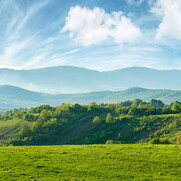 Hello? This is the environment calling…

Yes. This is the environment calling. I understand that you have faced a surreal period in your life being locked down due to this Covid-19 pandemic? 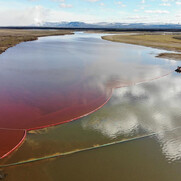 When the Arctic Ran Red

The Ambarnaya river is located in the heart of Russia and flows in a northerly direction into Lake Pyasino. A study in 1999 on Russian Economic Development found that the river was so badly polluted by the mining industry that fishing was no longer possible. 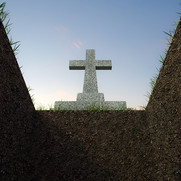 The Cost of Being 6ft Under

Every day, we are encouraged to take action against climate change. No matter where you go for your daily instalment of news and information, whether its a website, television or social media, you can guarantee that you will come across at least one story that highlights the impact we are all having on the environment and the importance of change. 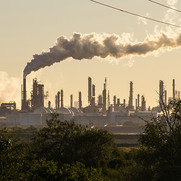 Humanity is on target to recreate the Earth’s most significant climate change event ever. The amount of carbon released over several thousand years in the Paleocene–Eocene era, we, as a species, will manage to surpass in just a few hundred. This is dangerous.