Destroying the Seabed for Renewables

British scientists have recently discovered a large amount of rare minerals in the Atlantic Ocean. The minerals were found in the Tropic Seamount, located just 500km away from the Canary Islands. The Seamount can be found 1,000m below the ocean surface and cannot be seen by the naked eye. The main mineral found was tellurium which was discovered in concentrations 50,000 times higher than in deposits on land. 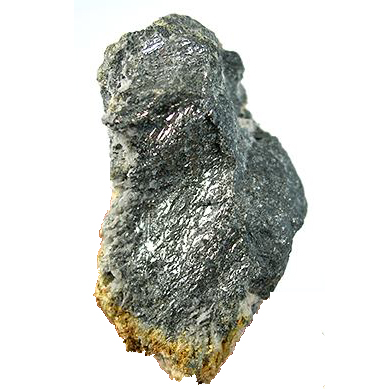 Tellurium is a rare silver-white metalloid which is used in advanced solar panels. As a result of its rarity and usefulness in constructing renewable resources, scientists are now questioning whether to mine the seabed and extract as much tellurium and other rare materials as possible or to mine weaker minerals from the land.

Weighing up the Options

Researchers from the UK’s National Oceanography Centre used robotic submarines to analyse the Tropic Seamount. From this, they discovered that the mountain stands 3,000m tall and its crust is dark and fine drained, stretching in a layer roughly 4cm thick over the entire surface of the mountain. They also discovered that the seamount holds over 2,600 tons of tellurium which represents one-twelfth of the entire global supply.

The mountain’s crust is also highly rich in other minerals, which makes it such a valuable resource for renewable energy.

Researchers have also hypothesised that if the tellurium found in the Tropic Seamount can be extracted for use in solar panels it could cater for over 60% of the UK’s electricity demand.

Researchers have not yet started deep sea mining as they are unsure on the damage it will cause to the marine environment.

The dilemma researchers now face is whether they should in fact create a small hole in the crust to extract the tellurium. They are weighing up their options to find an alternative, which as it stands, is to mine the land.

Mining on Land vs the Seadbed

Mining on land will cause havoc for villages and landscapes, with scientists only being able to draw up low concentrated materials. On the other hand, mining the seabed may have detrimental affect on water quality and destroy marine life in the process, however, it will allow scientists to extract more, high concentrate tellurium.

The machinery used to extract tellurium from the seabed will cause devastating effects for a large area of the tropical mountain. Dust will be released during the process of extraction, polluting the sea and suffocating animals for a radius not yet specified.

To understand these damaging effects, researchers conducted an experiment to duplicate the effects mining will have on the seabed and to measure how much dust could potentially be released into the ocean.

Results from this experiment show that dust became harder to detect from 1km away from the machinery, suggesting that mining could be more localised than scientists first thought.

Researchers also identified that mining the seabed would definitely affect marine animals in a negative way but may not be as long term as initially stated. From this, they have predicted that animals are likely to recover after a year but a few will not return to their previous levels for over 20 years.

Will Deep Sea Mining Go Ahead?

With all of the factors to consider with deep sea mining, scientist have not yet determined whether they will dig up the seabed or mine on land. But, what we do know is, if the mining in the ocean does take place, it could cause serious damage to the ocean.