For more than two hundred years, since the beginning of the Industrial Revolution, Western economies have been built on the premise of “take, make and dispose”. However, the waste this created in 20th-Century Europe and America was nothing compared to the rubbish that is now produced by emerging economies such as China.

According to a World Bank report published in September 2018, the world generated two billion tonnes of municipal solid waste (household and commercial rubbish) in 2016. This equates to a footprint of 0.74 kilograms per person per day.

As people grow richer, they consume and discard more. Advanced economies make up 16% of the population, but produce 34% of the world’s rubbish. However, the developing world is catching up and the World Bank predicts that by 2050 Europeans and North Americans will produce 25% more waste than they do now. In the same time-frame, waste volumes will grow by 50% in East Asia, 100% in South Asia and by 75% in sub-Saharan Africa. Overall, they expect the annual global total will reach 3.4 billion tonnes.

That number does not include the much larger amount produced by industry. However, industrial waste typically contains more valuable materials such as scrap metal and has, therefore, been better managed by profit-seeking firms.

What Does All This Mean?

The World Bank report suggests that waste generation is increasing too quickly and needs to be decoupled from economic growth and rising living standards. In order for these frightening predictions to change, people will need to throw away less and reuse more, turning “make, use, dispose” into “reduce, reuse, recycle”, and thus make economies more “circular”.

The global waste crisis might not be considered as critical as climate change, but it is a major issue and may be easier to solve. Local action to clean up and recycle will lead to immediate local benefits which, in turn, may transform into a cycle of change. People are more likely to take action if they can physically witness the issue and quickly see the results of their change in behaviour. Unlike tackling climate change, cleaning up waste also has other tangible benefits, it not only removes a visible eyesore, improves air quality and helps reduce the spread of disease, but also provides recyclable materials that can be reused.

Unfortunately, moving to a circular economy won’t be an easy feat. 37% of worldwide waste currently goes to landfill, 33% to open dumps and 11% to incinerators. Only 13% of municipal solid waste is recycled and the rest is composted. Everyone agrees that this is nowhere near enough.

The Urgency of Proper Waste Management

No one is disputing the urgency of proper waste management. Earlier last year, India’s supreme court warned that the country’s capital, Delhi, is buried under “mountain loads of garbage”. More than 70 dumps and landfill sites caught fire during the sweltering summer of 2018.  Rivers in Indonesia are so covered with litter that it completely hides the water beneath. In August 2018, the Arabian Sea dumped 120,000 tonnes of debris and litter onto the shores of Mumbai in just two days. The Great Pacific Garbage Patch, an ocean gyre the size of Alaska in the North Pacific Ocean currently contains over 79,000 tonnes of plastic debris. 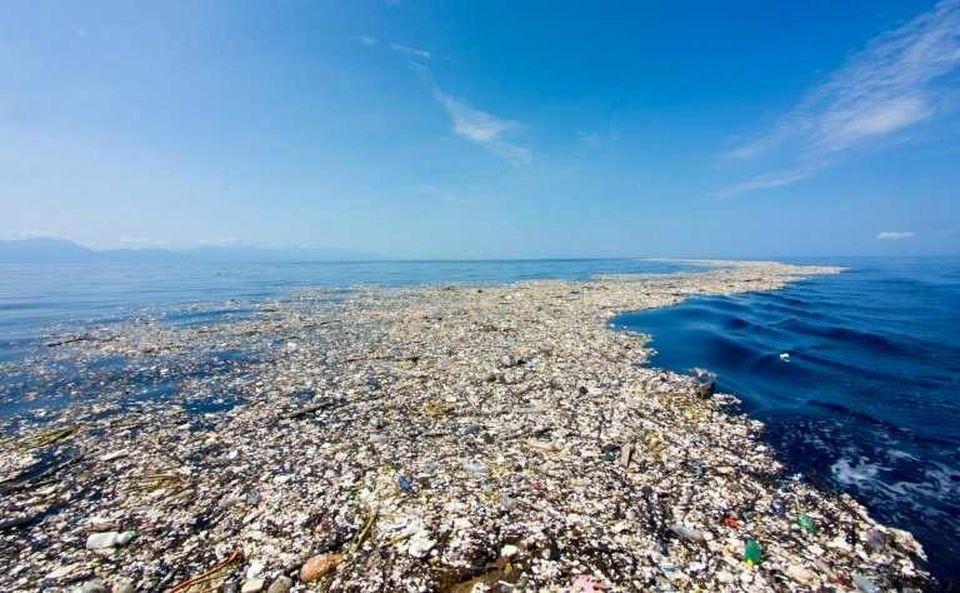 According to the UN, diarrhoea rates are twice as high in areas where waste is not collected regularly, and acute respiratory problems are six times as common. When dumps or landfill catch fire, noxious smog suffocates their surroundings. Toxic runoff can permeate soils and poison waterways and rubbish discharged into seas despoils the ocean and destroys habitats, and can return to land.

On top of all this, greenhouse gases from the waste industry mainly emitted by a collection of chemical reactions in landfills could account for up to 10% of global warming emissions by 2025.

What Are We Doing About It?

Fortunately, members of the public around the world seem increasingly aware of the economic, ecological and human costs of waste and the missed opportunities it presents.

In the developing world, only half of all municipal waste is collected. In low-income countries, as much as 90% ends up in open dumps. Lowering these figures requires more investment in waste infrastructures such as managed landfills or low-pollution incinerators. Governments in the developing world are becoming aware that not investing enough on waste management leads to paying more for things like health care.

Rich countries already have these facilities and more. They need to work on improving the recovery of valuable materials from their waste streams. For 25 years, these countries relied on emerging economies such as China to recycle their waste for them and collectively the world deposited 106 million tonnes of refuse in Chinese ports for recycling. In 2018, China banned imports of almost all plastic and unsorted waste due to concerns for its environment. This left western waste-managers looking for ways to boost the capacity of domestic recyclers and change their citizen’s carefree approach to waste.

Most politicians (certain American presidents excluded) are issuing ambitious recycling targets and looking for ways to change how they manage waste.

Entrepreneurs and innovators are looking for ways to manage and reuse waste, as well as trying to remove waste that already litters the environment. While others are removing plastic from their packaging and trialling resource-light business models. Consumers around the world are also reducing their plastic consumption and looking for more opportunities to recycle.

In the ‘90s, Taiwan earned the appellation of “garbage island” thanks to economic growth, rising living standards and soaring consumption surpassing their capacity to clean up its waste. As recently as ‘93, a third of Taipei’s rubbish was not even formally collected and by ‘96 their landfills were nearly full.

Once the issue got so out of hand, the government erected 24 incinerator plants to burn the waste instead. It also incentivised the Taiwanese people to produce less waste. Manufacturers were forced to contribute to the cost of the disposal of their products either by paying a fee or managing their own waste – the less recyclable the product, the more it cost them. Meanwhile, households are now charged for the amount of general mixed waste they produce but not for glass, aluminium, paper or other recyclables.

Miniwiz is an internationally operating and privately owned company dedicated to upcycling consumer trash and industrial waste, based in Taipei, Thailand. It creates low carbon footprint materials, semi-finished goods and building modules suitable for uses ranging from construction to consumer products. The Taiwanese shared the founder of Miniwiz’s obsession with limiting the world’s waste, and still do.

Taiwan is now a poster child for recycling; recovering 52% of rubbish collected from households and commerce as well as 77% of industrial waste. This rivals rates achieved by South Korea, Germany and other top recycling nations. It’s recycling industry brings in more than £2 billion per year and boasts that 16 of the 32 teams competing in the World Cup 2018 in Russia were wearing shirts made in Taiwan from fibres derived from recycled plastic.

The world is now listening and governments, manufacturers and consumers are looking for ways to reduce, reuse and recycle. It will be a long journey, but with everyone on board, the world can resurface and break free from the garbage that it’s drowning in. Then all we need to worry about is the biggest waste-management issue of all – the 30 billion tonnes of invisible, but dangerous, carbon dioxide ditched into the atmosphere every year.