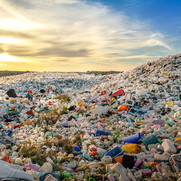 For more than two hundred years, since the beginning of the Industrial Revolution, Western economies have been built on the premise of “take, make and dispose”. However, the waste this created in 20th-Century Europe and America was nothing compared to the rubbish that is now produced by emerging economies such as China.