Home > News > Legal Action Against the Removal of CCL Exemption

Legal Action Against the Removal of CCL Exemption 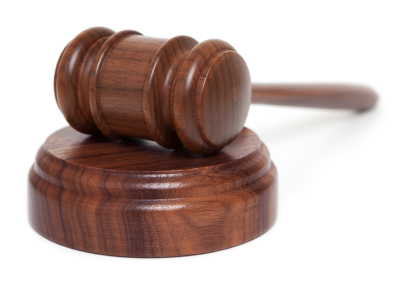 After announcing their intention to remove CCL exemption for electricity from renewable sources earlier this year, the government are now being challenged with legal action.

The Climate Change Levy (CCL) is a UK-wide government tax that is applied to the supply of energy to businesses and the public sector. CCL was introduced in 2001 to encourage businesses to be more energy efficient, reducing their carbon emissions and therefore minimising their impact on the environment.

From the very beginning of CCL many businesses have been able to qualify for exemption by choosing to use energy from renewable or low-carbon sources, such as solar, wind or Combined Heat and Power (CHP), regardless of whether the energy is produced in the UK or abroad.

The Removal of CCL

Since the introduction of CCL the Government believe that more effective policies have been put in place to support renewable energy and so, as part of the Summer Budget 2015, it was announced that exemption from CCL for Renewable Source Electricity (RSE) would be removed.

This decision was made as part of the Government’s commitment to meeting its climate change objectives, claiming that if they continue the exemption a third of its cost would go to supporting renewable energy overseas and not contribute to the UK’s climate change or renewable targets. The Government believe that removing the exemption will “stabilise CCL revenues, contributing to fiscal consolidation, it will maintain the price signal necessary to incentivise energy efficiency and it will also bring a significant simplification to CCL”.

Following the announcement of the removal of CCL exemption two energy companies have joined forces to challenge the UK Treasury’s decision, claiming that the exemption was removed without an appropriate notice period.

The two energy companies, Ifinis and Drax, have recently begun legal proceedings asking for a judicial review of the notice period, claiming that only 24 days notice period was given. They argue that their businesses make long-term financial and investment decisions based on a predictable regulatory  framework and that, without reasonable notice, they were not able to manage their business decisions effectively.

Drax argue that had they pre-sold renewable source energy, on the assumption that CCL exemption would still be available, they could incur considerable cost having not had an appropriate notice period to react to the change.

It is unclear whether a judicial review will be granted but it is reported that the two firms have been advised they have a strong foundation for a case on the grounds that the notice period was unfair and not proportioned.

Throughout the Summer, the Government announced a number of plans to reduce funding for renewables and make drastic changes to low-carbon policies. This could be the first of many  legal cases taken against them. It is already rumoured that the RenewableUK trade association are considering legal action over the government’s decision to cut off funding for the development of new onshore wind farms.