Home > News > Out Go The Lights

Out Go The Lights 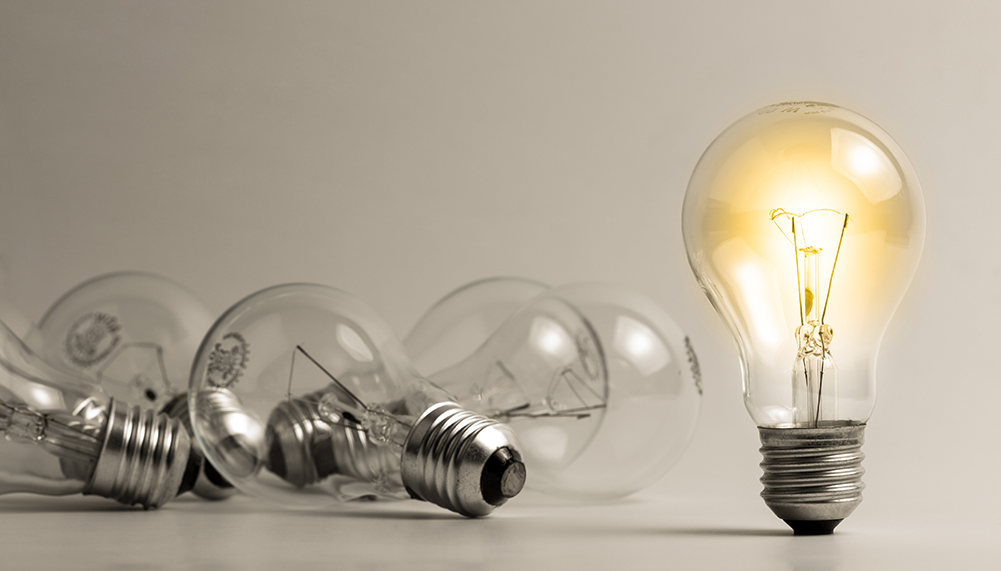 The idea of banning halogens is not new. Back in 2009, the EU began phasing out inefficient light bulbs in favour of energy efficient ones in an attempt to help the environment. Since then, it was announced that towards the end of 2018 all but a few types of halogen light bulbs would be phased out of the market and replaced with LED GLS bulbs.

The plan to ban fluorescents, however, is a new one. They were first invented in the 1930’s, later adapted by GE in the 1970’s and since the 1990’s have been continually improved. Many will know fluorescents as small household bulbs, but in the commercial sector they are long style tube lighting, recognised by their T values. Most offices use T5 lights and these alongside HL R7 Halogens will remain. The government has also made exemptions for lamps used specifically for scene lighting use in film, TV and photography studios and for stage lighting in theatres and entertainment venues.

The plan by the government is to push more consumers towards low energy LED light bulbs. This shift could cut around 1.26 million tonnes of CO2 – the equivalent of removing 500,000 cars from the road. As with the shift to E10 petrol, this is another low hanging fruit that will help the government tackle the country’s emissions and move towards its targets for 2050.

Already around 66% of bulbs sold in the UK are LED. Unlike other lights such as halogens and fluorescents, they last longer, are brighter and use less power. But do they cost more?

When LED’s first appeared they were incredibly expensive and many people could not justify them. But as time has gone on, the cost of LEDs has decreased and people are seeing the long term benefit of them – a single halogen light bulb can cost around £10 per year to run compared to the equivalent LED at a cost of £1.10. Halogens also have a shorter lifespan, around 2,000hrs, compared to LEDs at 25,000hrs.

The switch from halogen to LEDs is a rather straightforward one. In the past, the transformer needed to be changed to meet the demands of LEDs but today most LED transformers are contained within the bulb and can simply be swapped out (although we would recommend checking with an electrician first).

If you are still using halogen bulbs in your home or office, now is the time to switch to LEDs by conducting a Lighting Strategy Review – not only will you save money in the long run but you will also reduce the negative impact you have on the environment!